ir Thomas was ill at the time, and his wife couldn’t leave him. She had to send the child to England, and who should she send her to but me? Look at her now, and say if the English air hasn’t agreed with her! We two mothers, Mr. Kendrew, seem literally to live again in our children. I have an only child. My friend has an only child. My daughter is little Anne–as I was. My friend’s daughter is little Blanche–as she was. And, to crown it all, those two girls have taken the same fancy to each other which we took to each other in the by-gone days at school. One has often heard of hereditary hatred. Is there such a thing as hereditary love as well?”

Before the guest could answer, his attention was claimed by the master of the house.

“Kendrew,” said Mr. Vanborough, “when you have had enough of domestic sentiment, suppose you take a glass of wine?”

The words were spoken with undisguised contempt of tone and manner. Mrs. Vanborough’s color rose. She waited, and controlled the 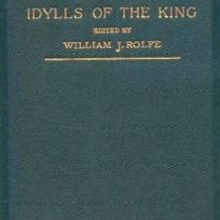